Time and Place at UBC: Our Histories and Relations
» Home » Developer’s Stories » Story 2 – How many Aboriginal students are there at UBC?

Story 2 – How many Aboriginal students are there at UBC?

This story illustrates my experiences of learning about why tracing changes in the number of Aboriginal students at UBC is not a simple task. Through talking to people who are knowledgeable about Aboriginal student data at UBC, I delved into the complex social and institutional contexts behind the enrolment data. (This story was originally published in CTLT Newsletter Dialogues on March 28, 2013[1] and then revised for this website with new information.)

“How many Aboriginal students are there at UBC?” To begin the timeline project, I did not think twice before asking this question to my colleague Amy Perreault, Aboriginal Initiatives Strategist at CTLT. To trace the history of Aboriginal students at UBC, I thought I would begin with looking at students’ enrolment data and asking, “How has the number changed over time? What are the factors that play a role behind these changes?” I knew that enrolment data would not give us a full picture of the complex experiences and circumstances of each student, but I still thought that the data would give me an institutional-level overview of Aboriginal students at UBC.

However, instead of pointing me to a place where I could find Aboriginal student enrolment data, Amy recommended that I speak with Thane Bonar, then Research and Communications Officer at the First Nations House of Learning, and Graeme Joseph, then Coordinator of Strategic Aboriginal Initiatives at the Office of the Vice-President, Students. Amy said that I needed to learn more about the history and background of Aboriginal student data at UBC in order to understand some of the complexity. I wondered to myself why it had to be so complicated. 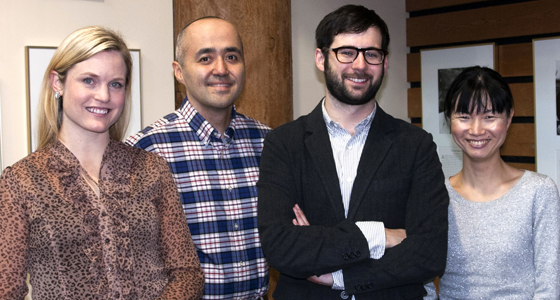 However, talking to Graeme and Thane turned out to be eye-opening for me to realize that counting Aboriginal students is neither a simple task nor a long and consistent practice at UBC. As I learned from Graeme and Thane, undergraduate admissions first began asking students to self identify in 1997, when the Aboriginal Admissions Policy was passed. Similarly at a graduate level, Aboriginal student numbers go as far back as 1997-98, according to Jenny Phelps, Assistant Dean at the Faculty of Graduate Studies. However, Jenny notes that the numbers available between 1997 and 2004 most likely represent only graduate student applicants who had already self-identified as undergraduate students at UBC. In other words, the available data might not encompass the actual number of all graduate applicants to UBC who would self-identify as Aboriginal.

Aboriginal students’ reluctance to self-identify goes beyond a personal, self-protective strategy. According to Thane, for some students, this decision likely stems not only from experiences of racism but also from “a distrust of government and education institutions” that have historically not used the information they collected from Aboriginal peoples to serve their needs and interest. Thane elaborates:

Whenever one sets out to count Aboriginal students, or anything for that matter, it is usually towards some end besides just having a number. It is to inform policy, make an argument, determine budgets, etc., and the Aboriginal experience in Canada has shown that these ends are not always in the best interest of Aboriginal people. It is often used, for example, to cut funding or discredit/disempower Aboriginal organizations.

For this reason, Thane stresses the importance of ensuring that the data is being collected and used in order to serve students’ needs, and that the University is transparent and open about what it is collecting and why.

Besides the issues of self-identification, different terminology, such as “Aboriginal,” “First Nations,” or “Indigenous,” often complicate the data collection process. Currently, UBC has a count of Aboriginal students, broadly defined as First Nations (status or non-status), Métis, or Inuit, that it uses for statistical and policy development purposes.[2]

Despite these challenges, UBC has been striving to collect more accurate data on Aboriginal student enrolment for the benefit of both students and the university. For example, in 2008, the University started combining data from the Ministry of Advanced Education Student Transition Project, which merges undergraduate enrolment records at B.C. post-secondary institutions with B.C. high school records. In addition, UBC is currently working to replace the SIS, which is 27 years old, with a new system, Student Academic Systems Initiatives, to improve how UBC understands and interacts with students.

According to Kristen, currently, one of UBC’s Aboriginal student recruitment goals is to have more student-centred advising interactions. This includes identifying and developing relationships with Aboriginal-specific advisors and guidance counselors at high schools and communities in B.C. and beyond in order to provide prospective Aboriginal students with personalized advice in applying for UBC. Kristen explains that demonstrating that UBC understands the needs of Aboriginal students is very important.

UBC continues to work towards enhancing experiences for Aboriginal students—from recruitment to graduation. The resources and services that the University offers include the First Nations House of Learning, Faculty-based advisors (e.g., academic advising), and Enrolment Services Professionals (e.g., financial advising). Additionally, UBC is developing unique opportunities, such as a recent Go Global seminar “In Search of Indigenous London.”

Many service units and faculties are already taking action. For example, the UBC-Langara Aboriginal Transfer Program began in 2012 within the Faculty of Arts. But, today, six UBC faculties, including Arts, are part of the program. Kristen believes it helps when a faculty or unit has a champion for Aboriginal engagement, someone who can help inspire curiosity and learning. This is how the Undergraduate Admissions team at UBC came to have a staff workshop at their annual retreat facilitated by the CTLT Aboriginal Initiatives team, which focused on UBC’s history with Indigenous communities, classroom climate, and educational resources on Aboriginal cultures, politics, and histories.

The idea behind efforts like these is to enhance everyone’s capacity to provide services to Aboriginal students, rather than keeping it solely the responsibility of those units and staff members who provide “Aboriginal-specific” services. Indeed, when I reflect on the historical context of UBC, and of Canada more broadly, I see that each of us working at UBC bears an ethical as well as professional responsibility for creating a campus climate where Aboriginal students can pursue their educational paths to fulfillment. At the end of the day, what really counts is not the number of students counted by UBC’s admissions but each student’s experience while at UBC.

[2] Learn about terminology on Aboriginal peoples’ identities at the Indigenous Foundations website: http://indigenousfoundations.arts.ubc.ca/?id=7400

Tsukada, H. (2016, July 8). How many Aboriginal students are there at UBC? Retrieved from https://timeandplace.ubc.ca/developers-stories/story-2-how-many-aboriginal-students-are-there-at-ubc/